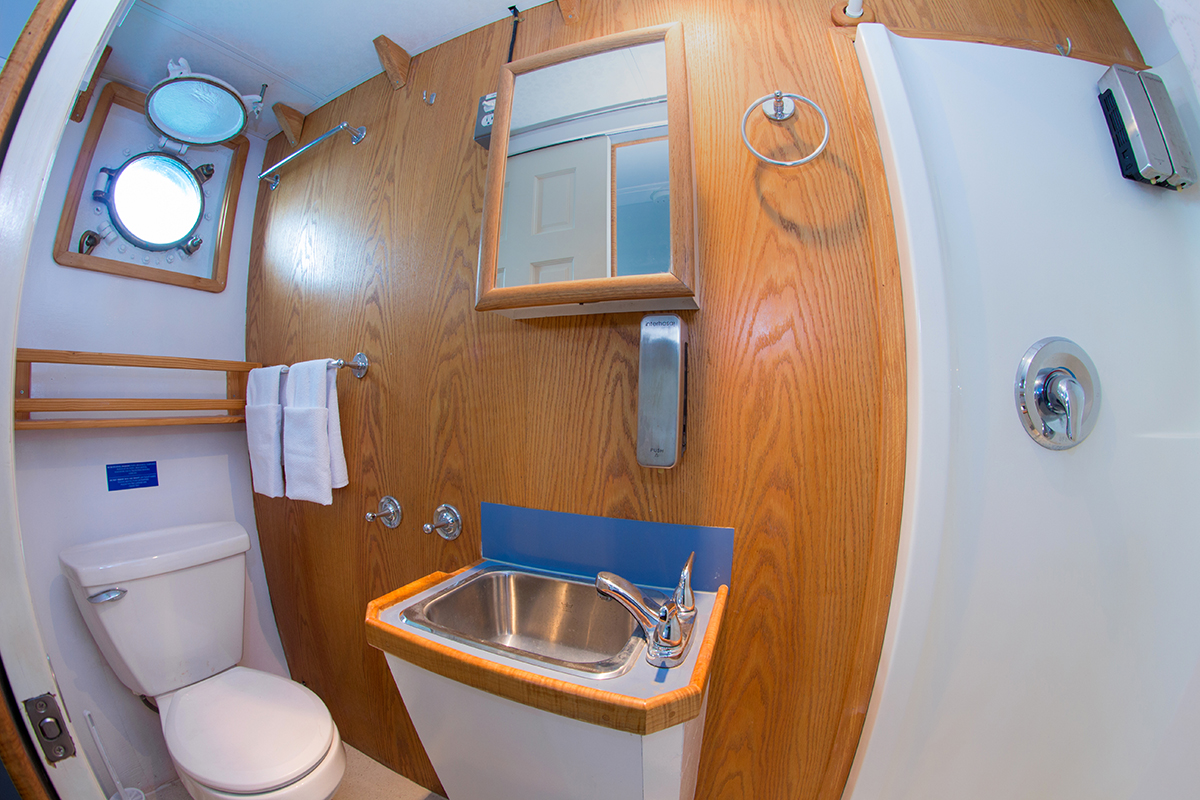 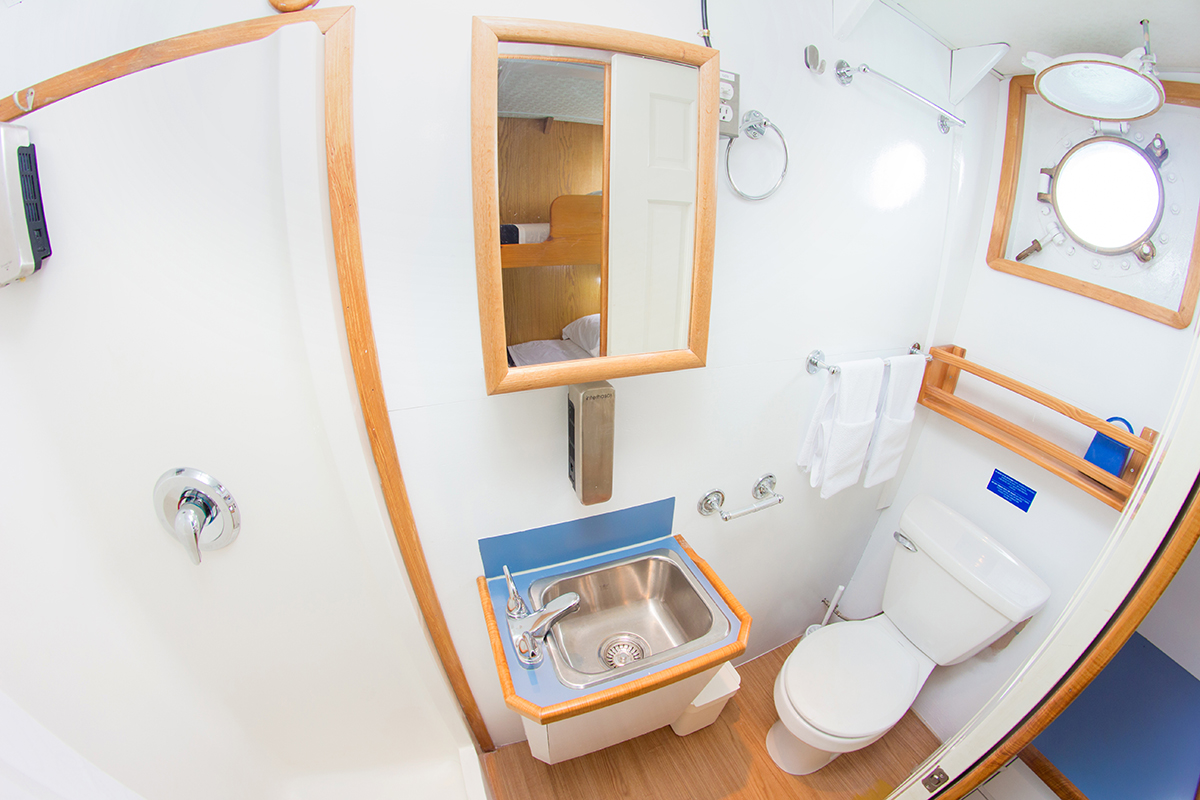 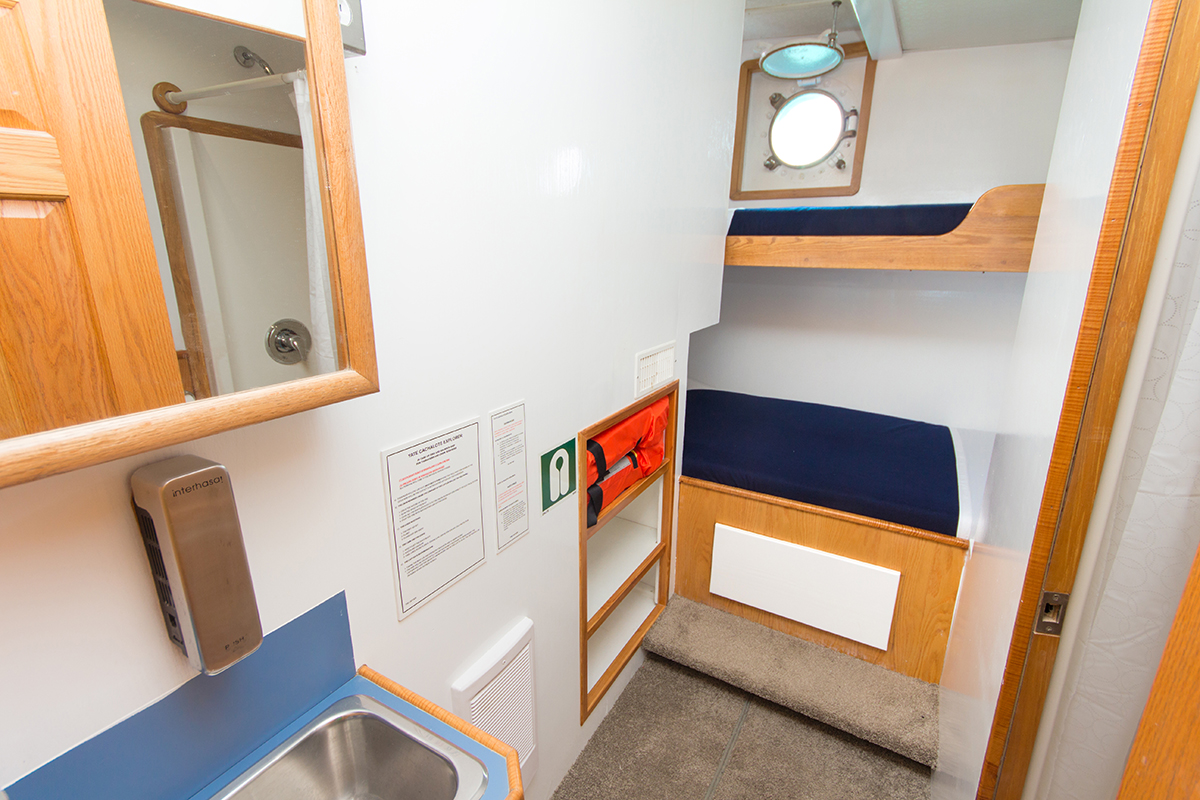 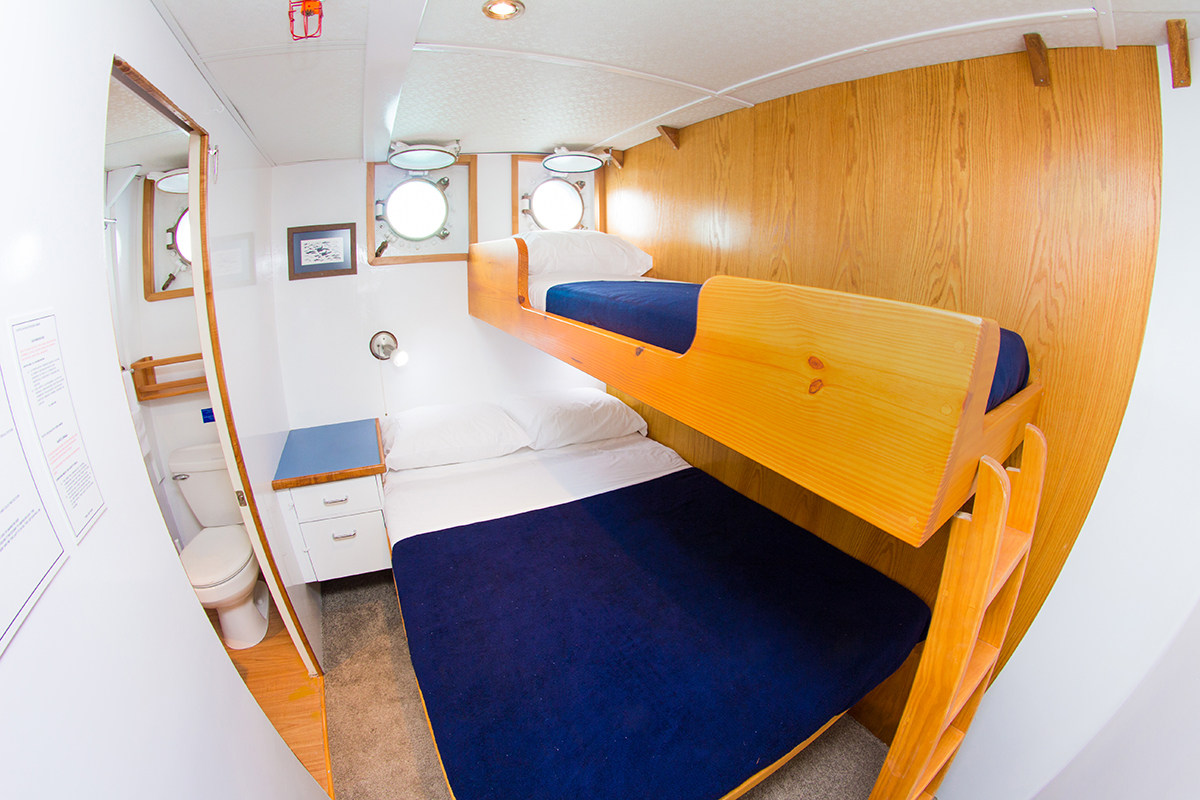 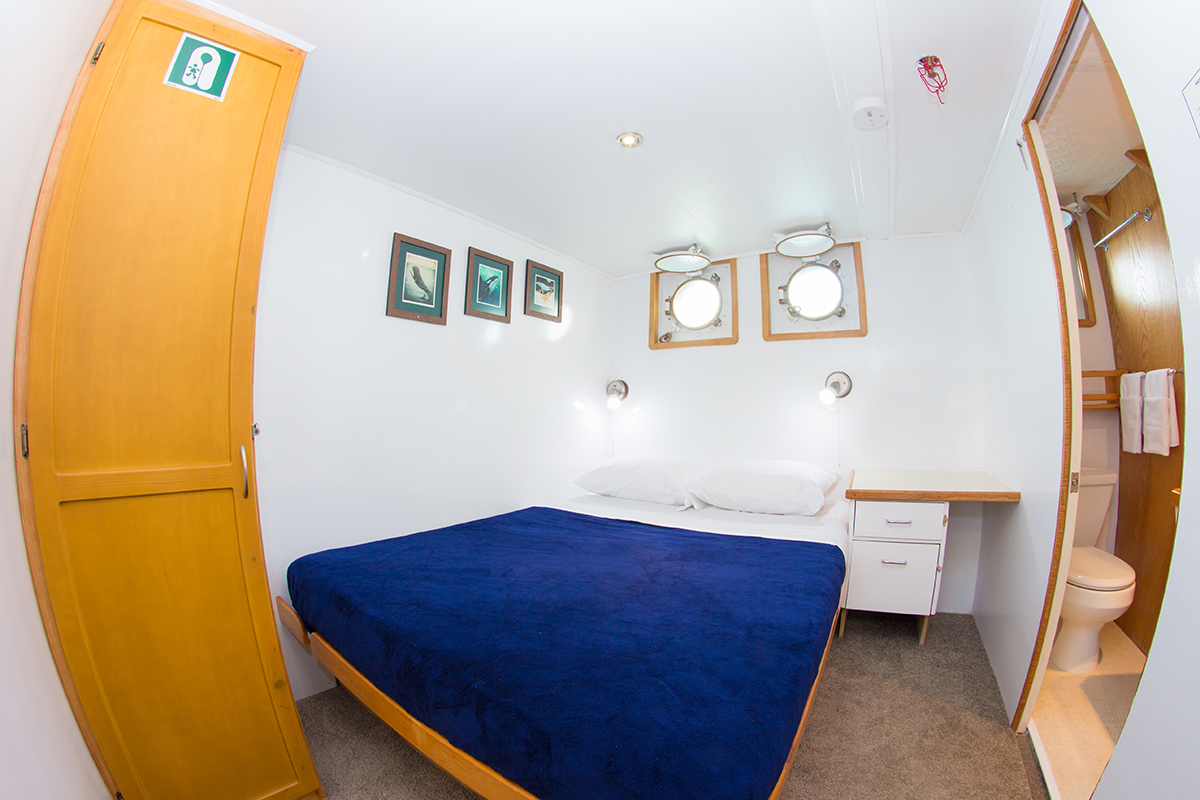 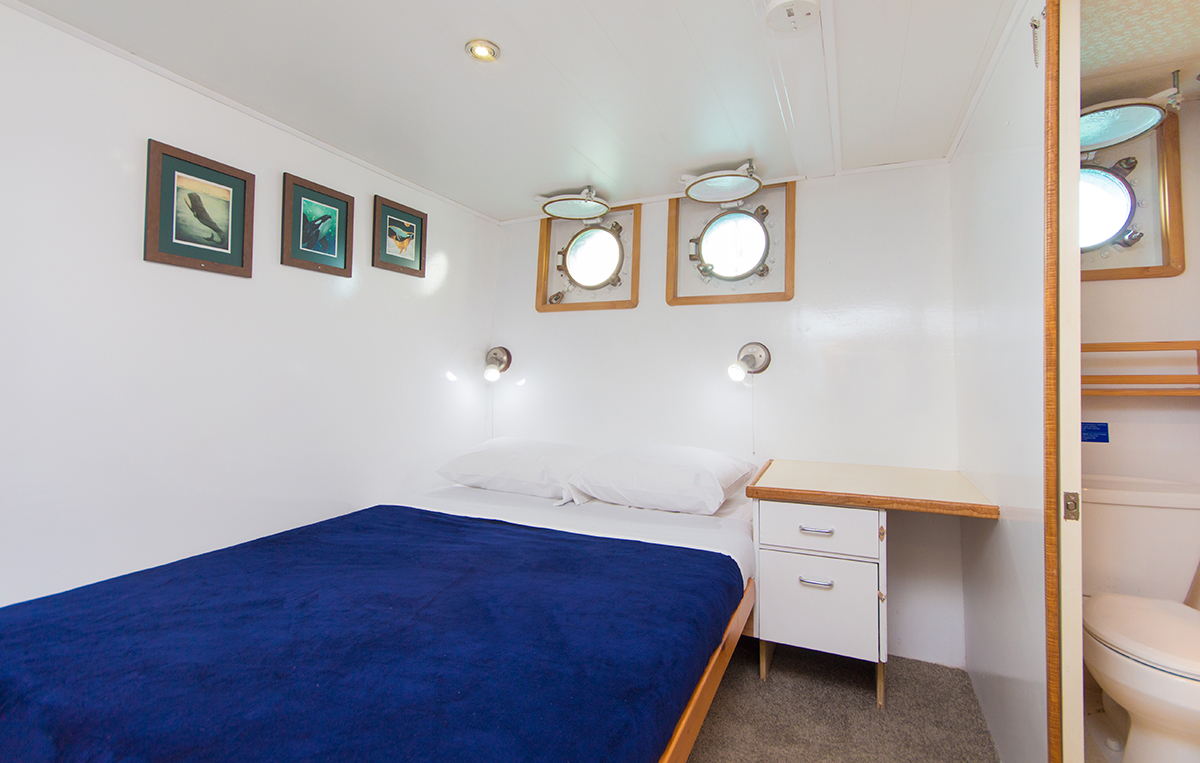 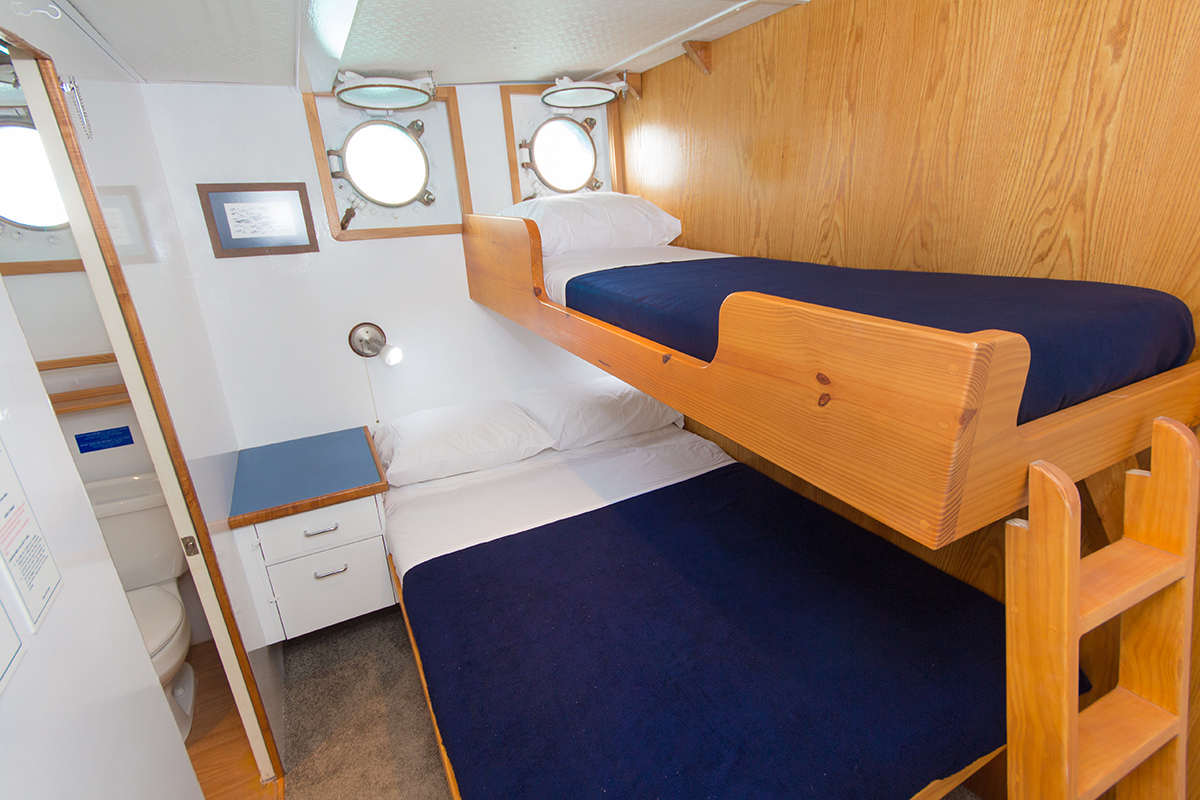 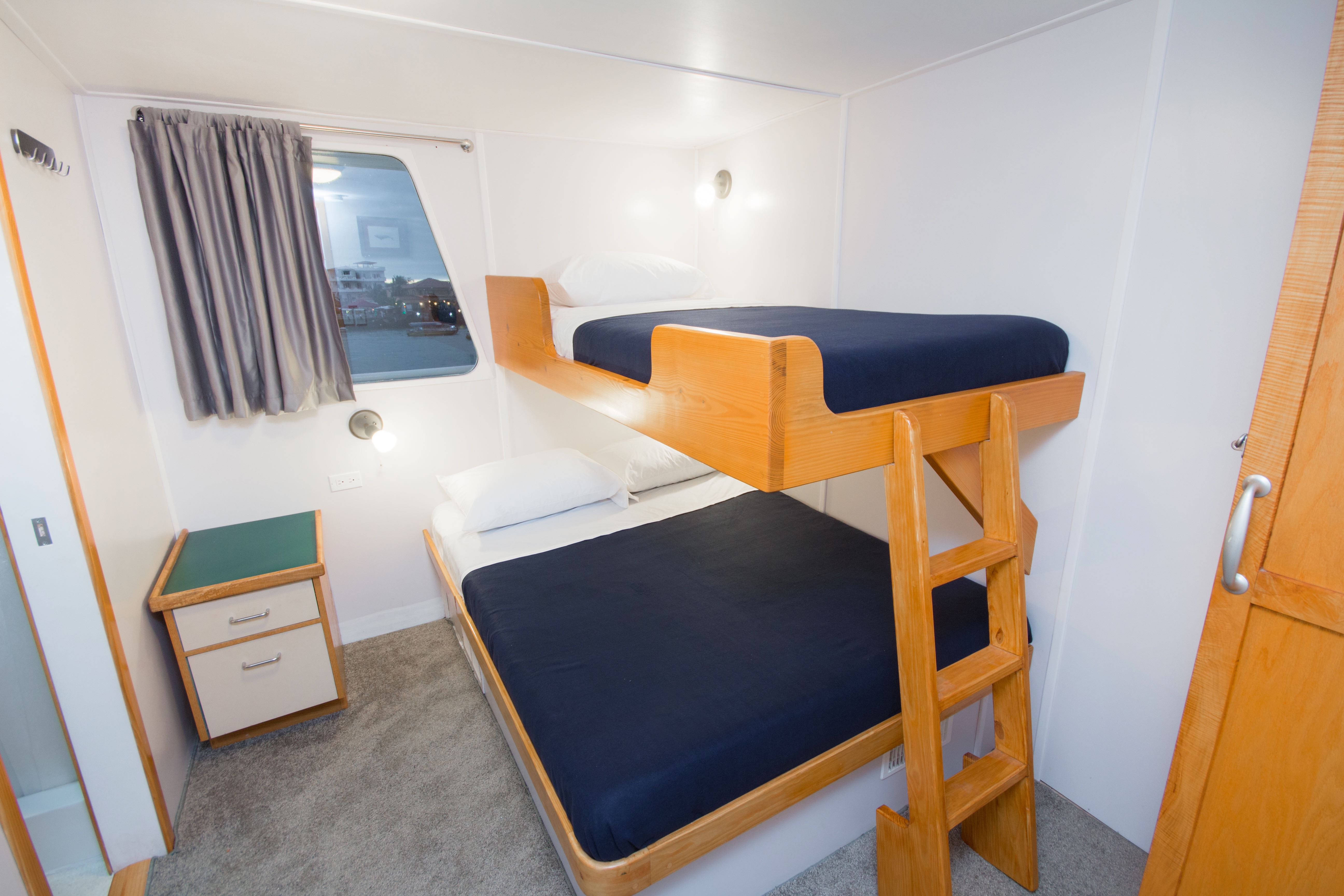 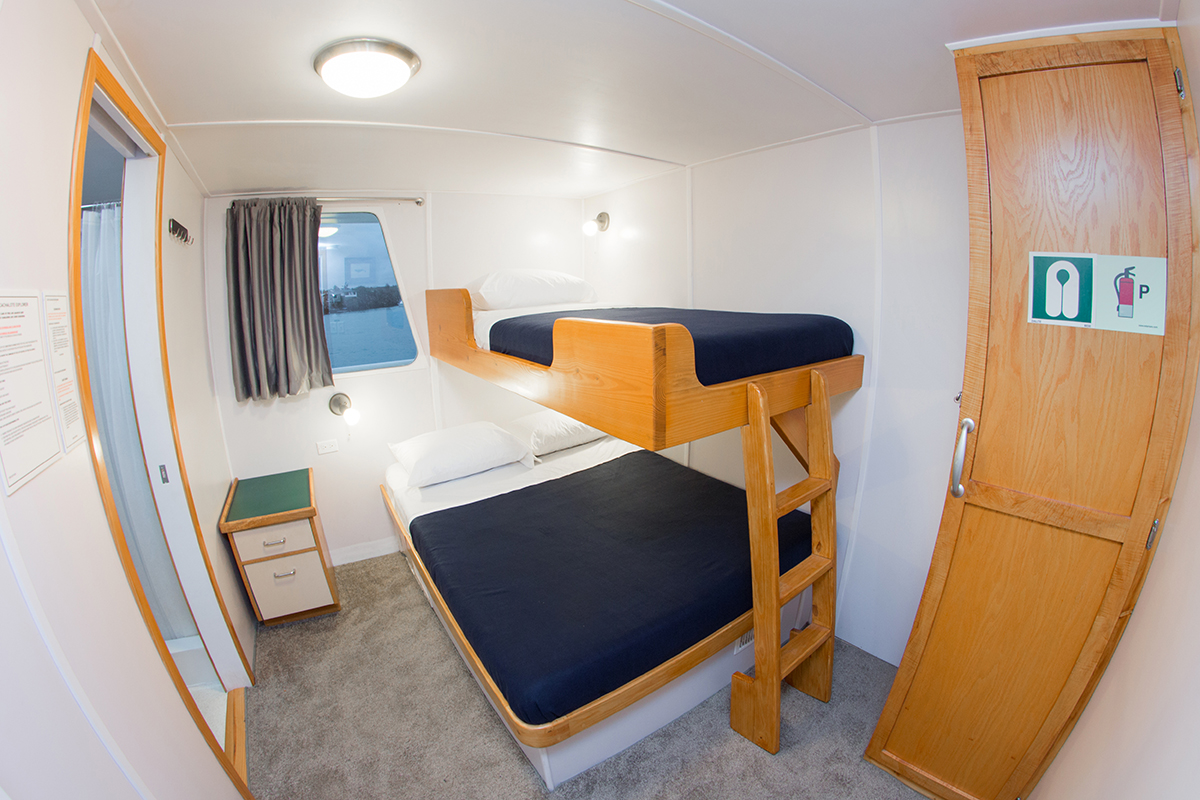 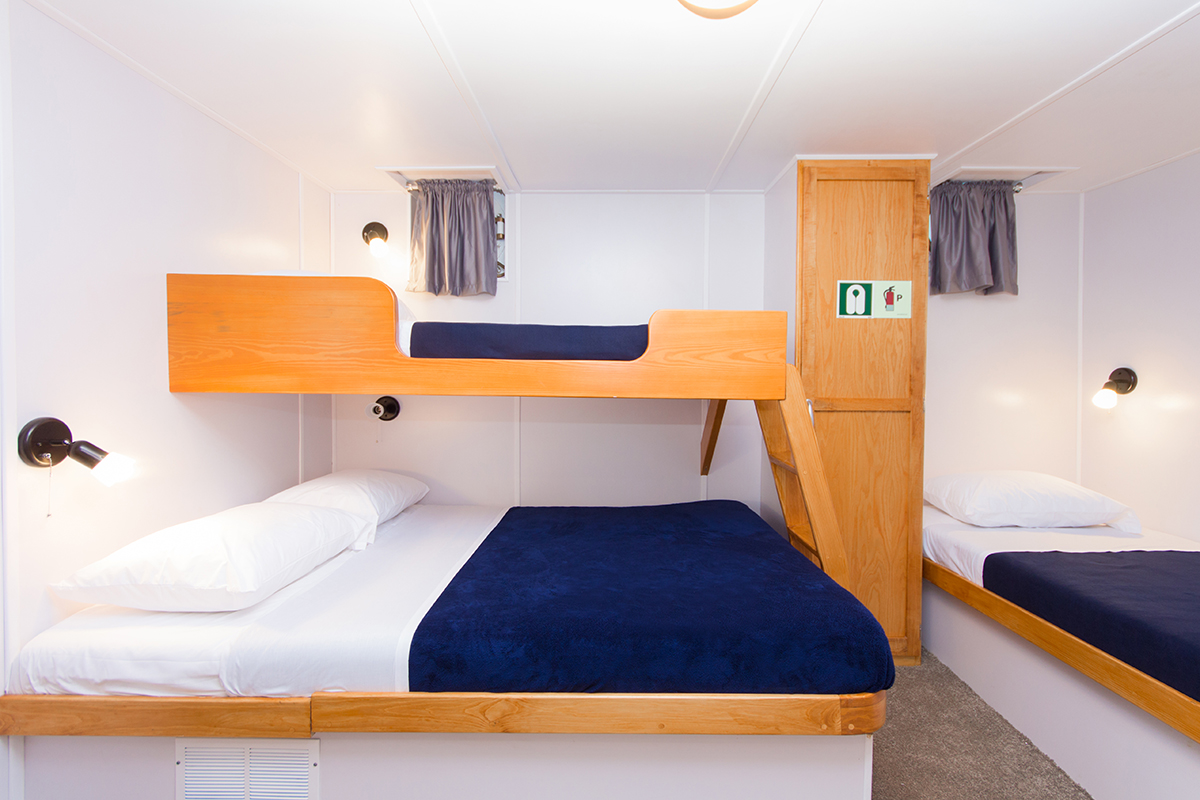 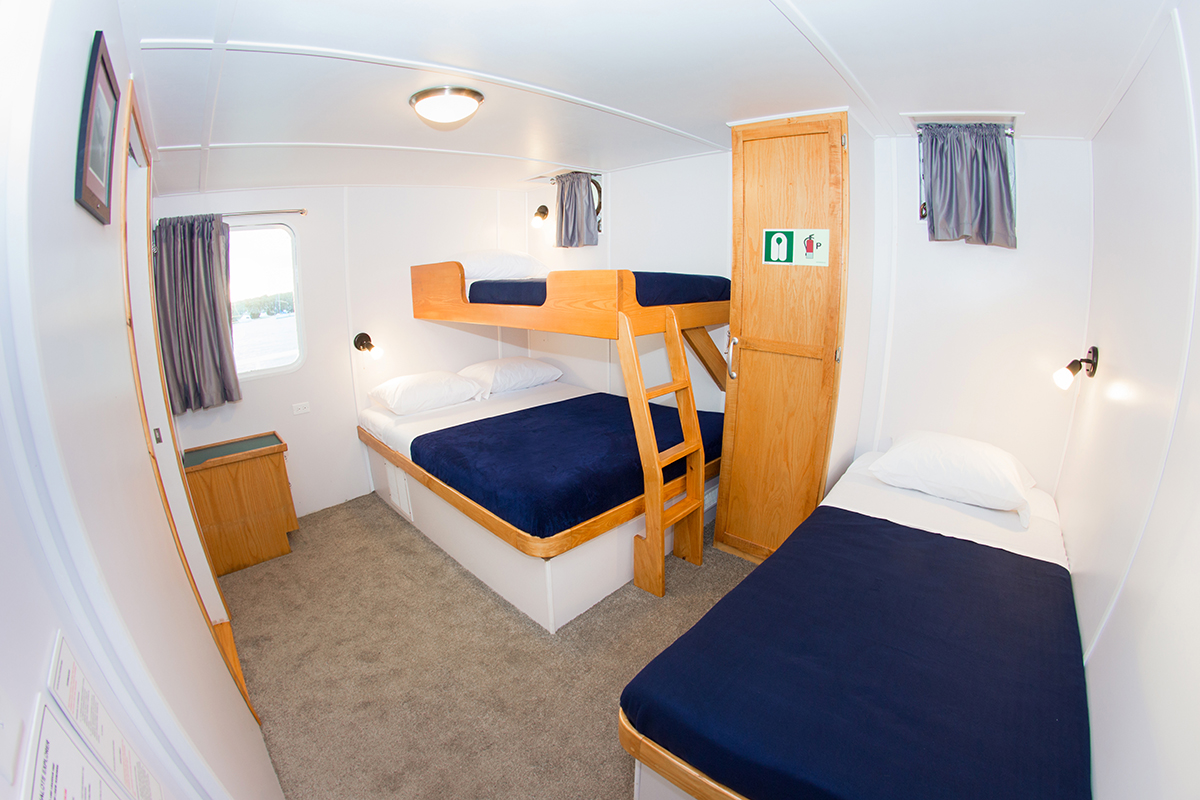 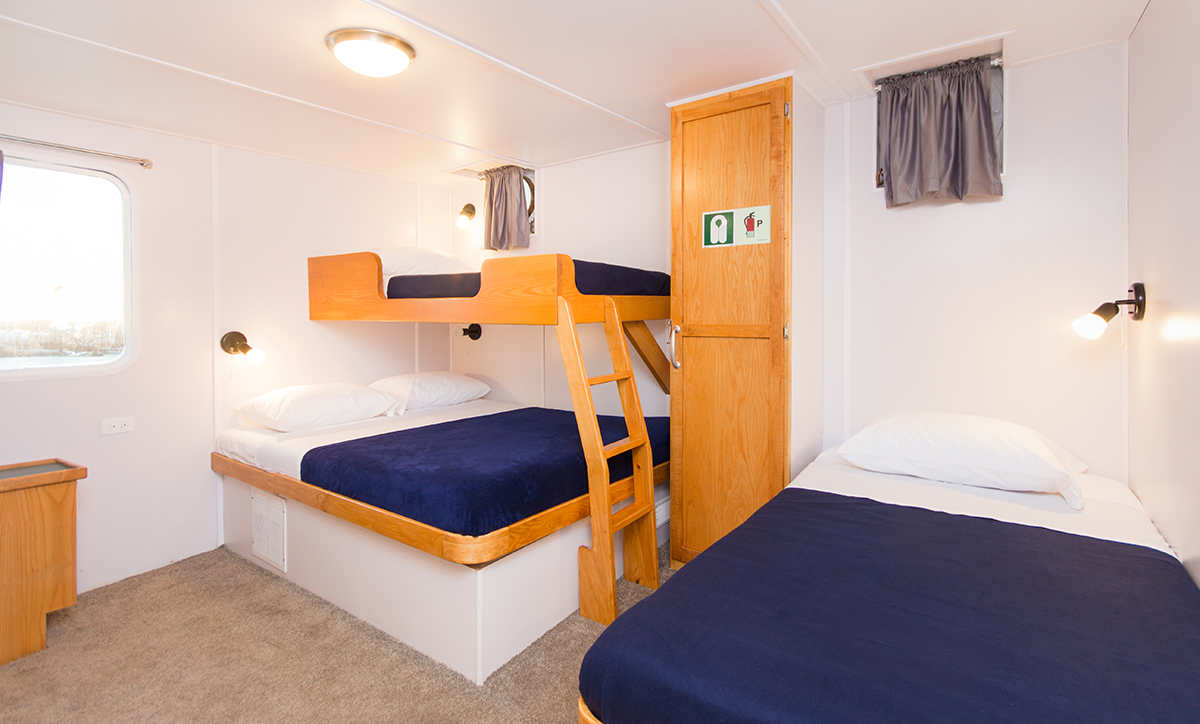 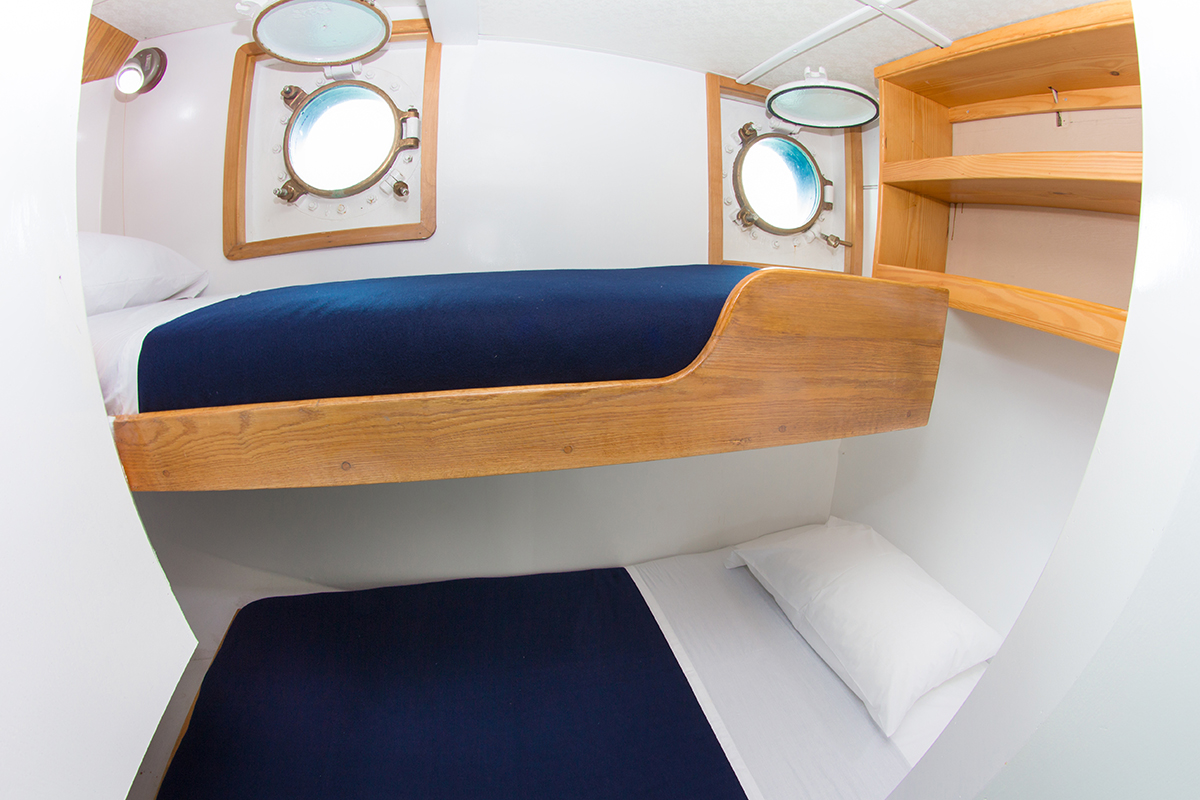 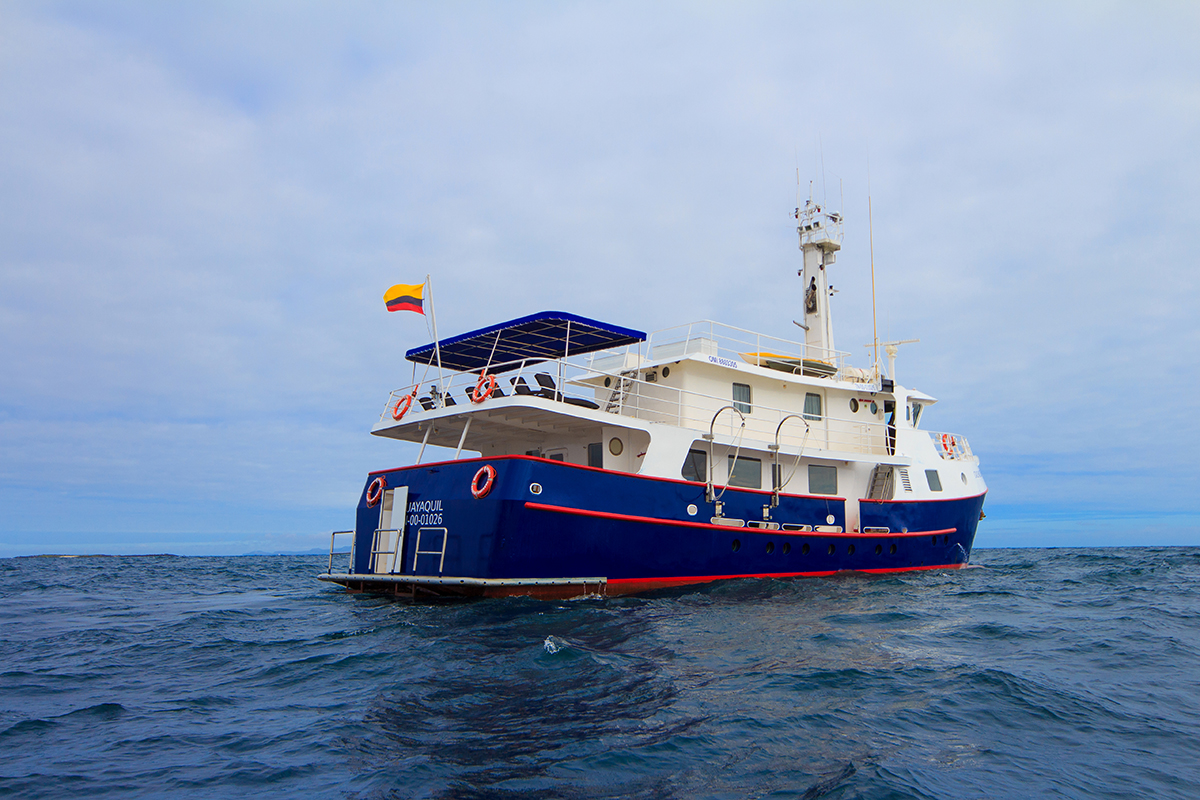 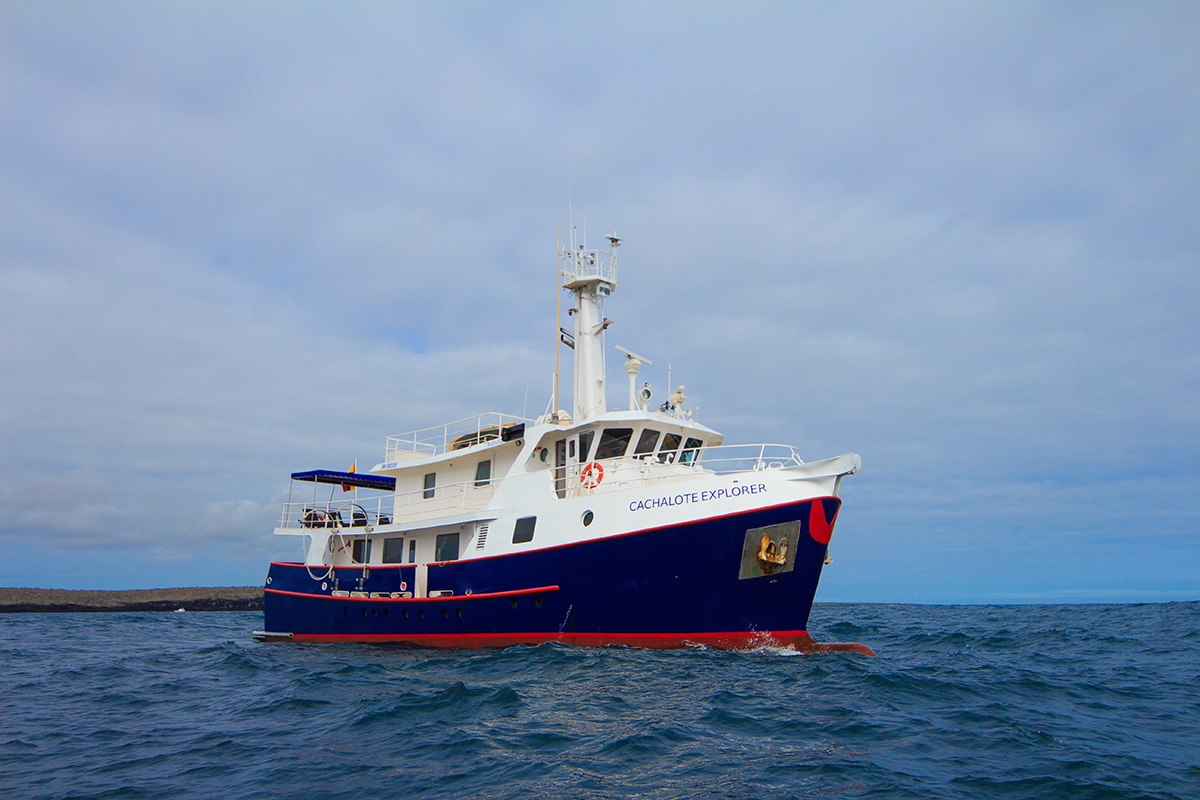 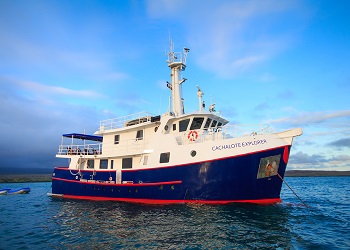 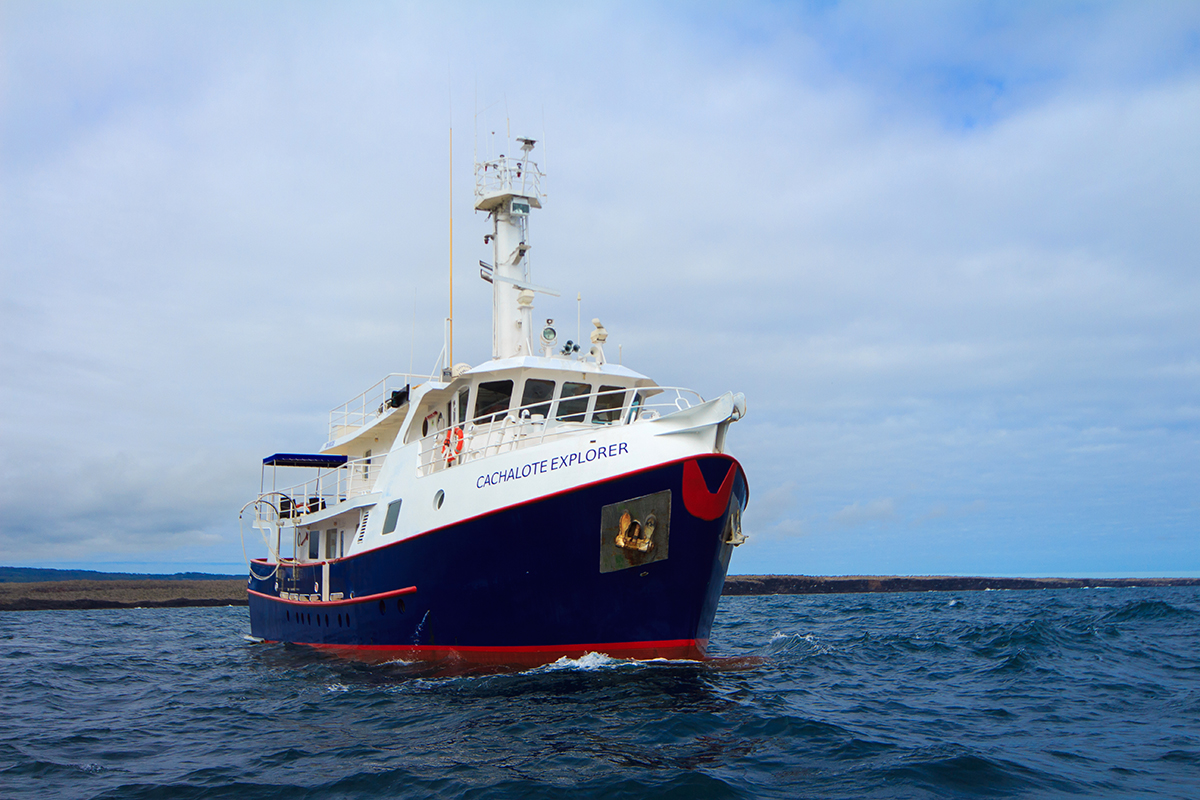 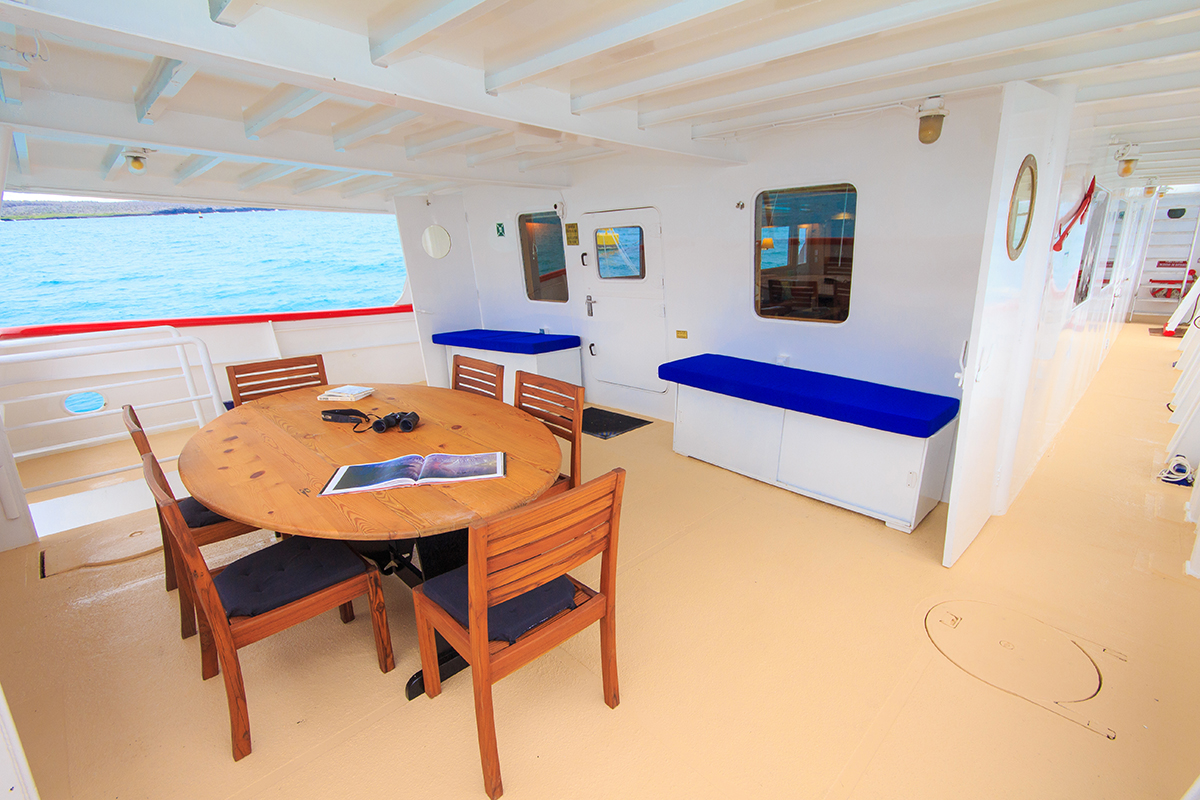 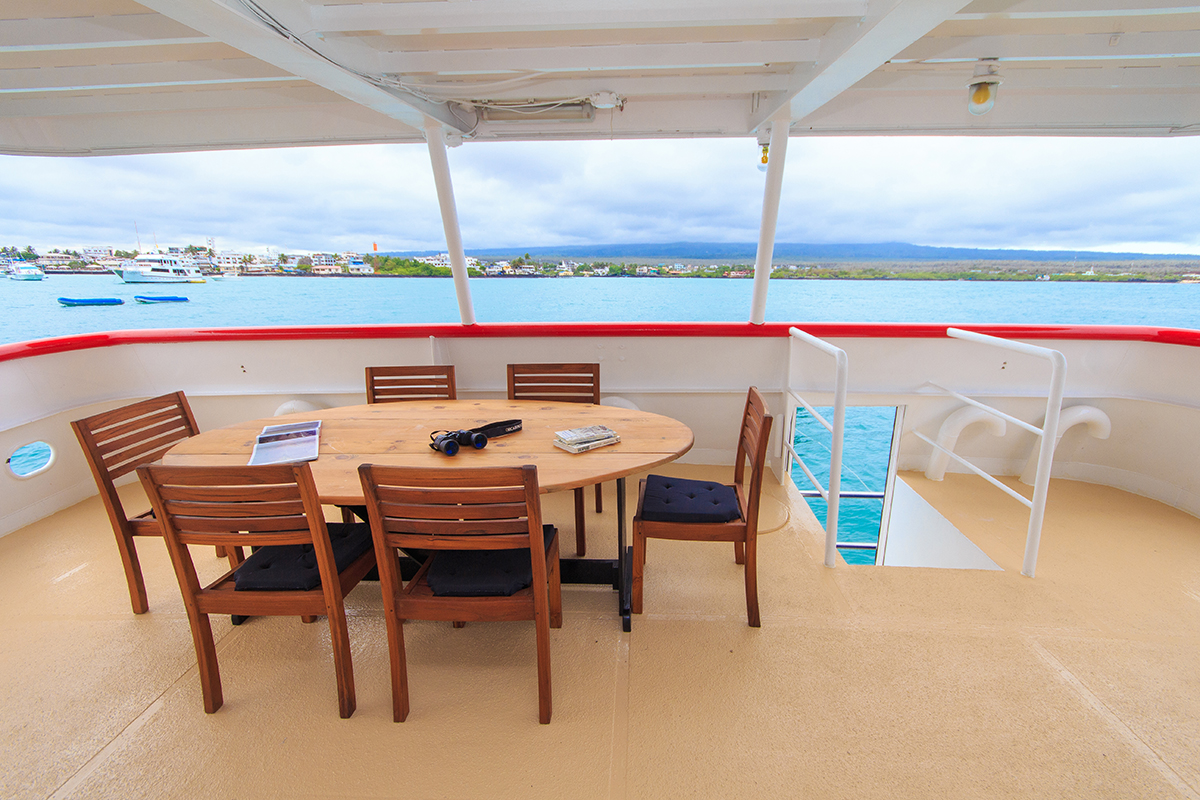 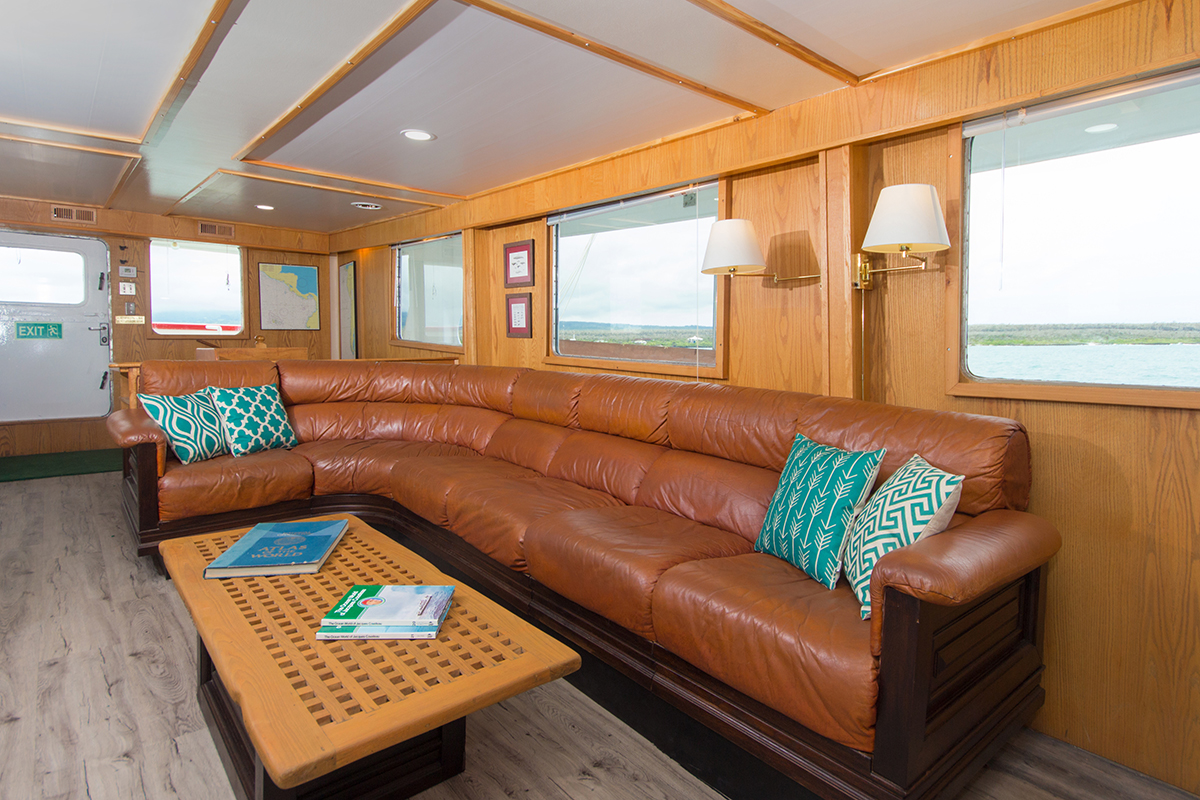 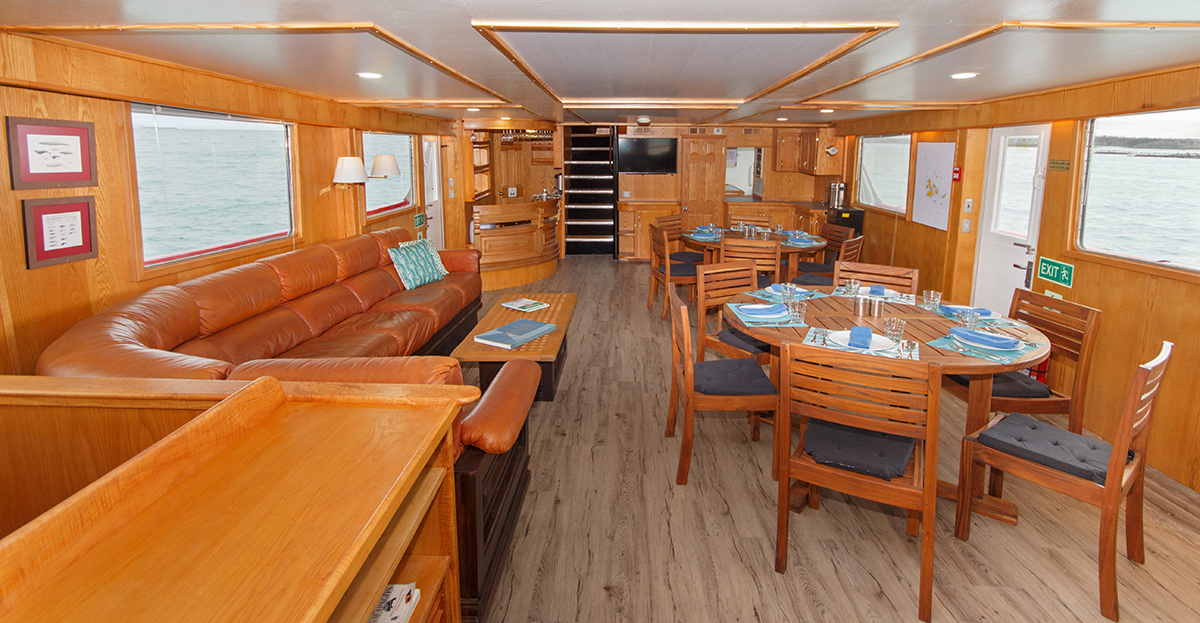 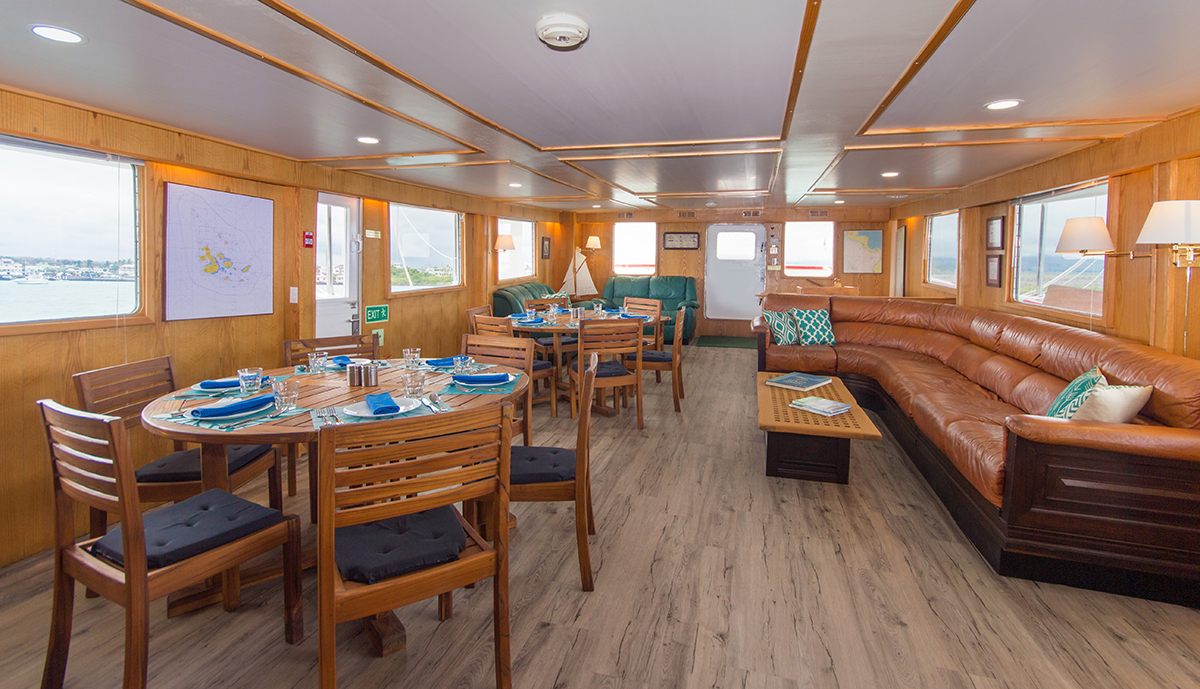 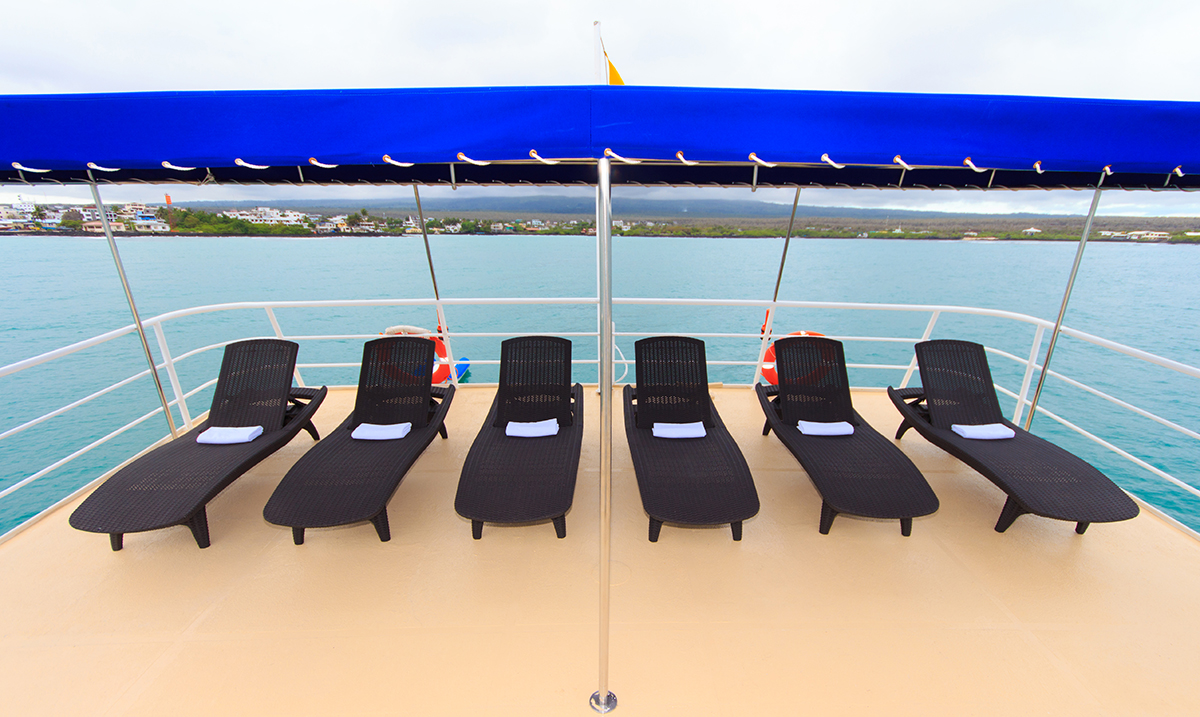 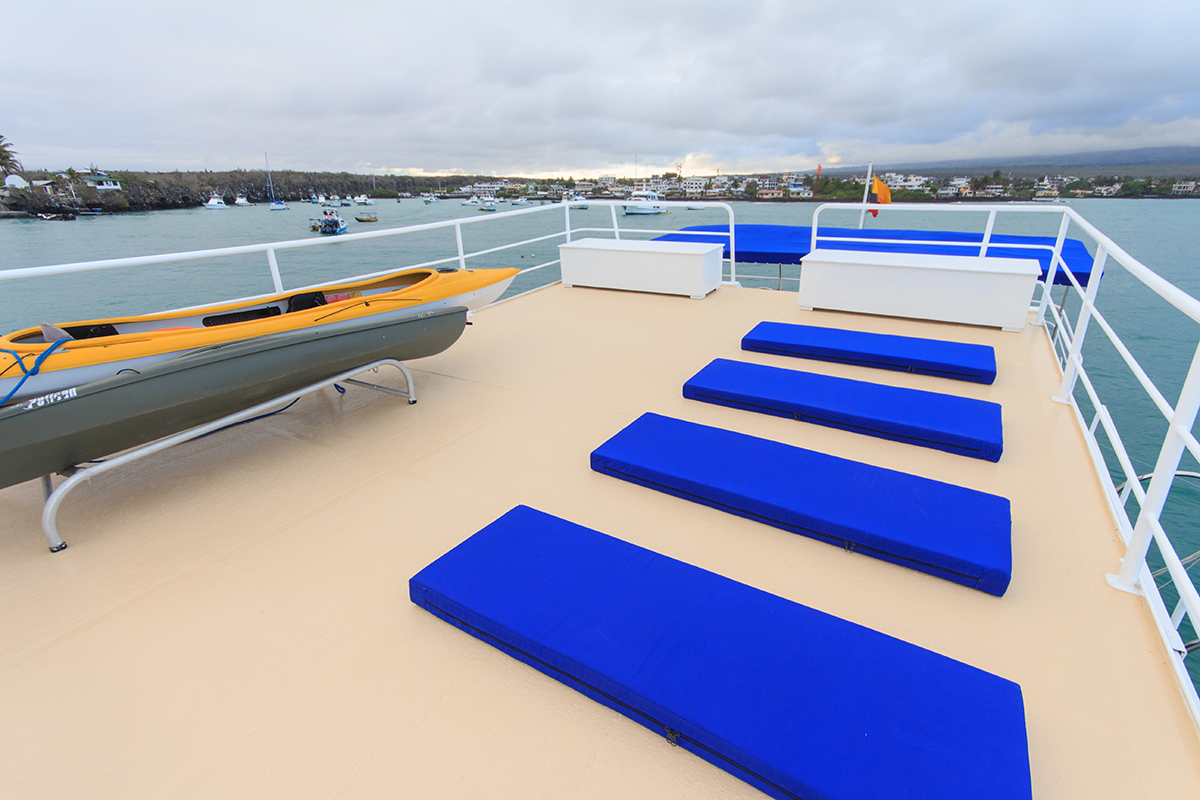 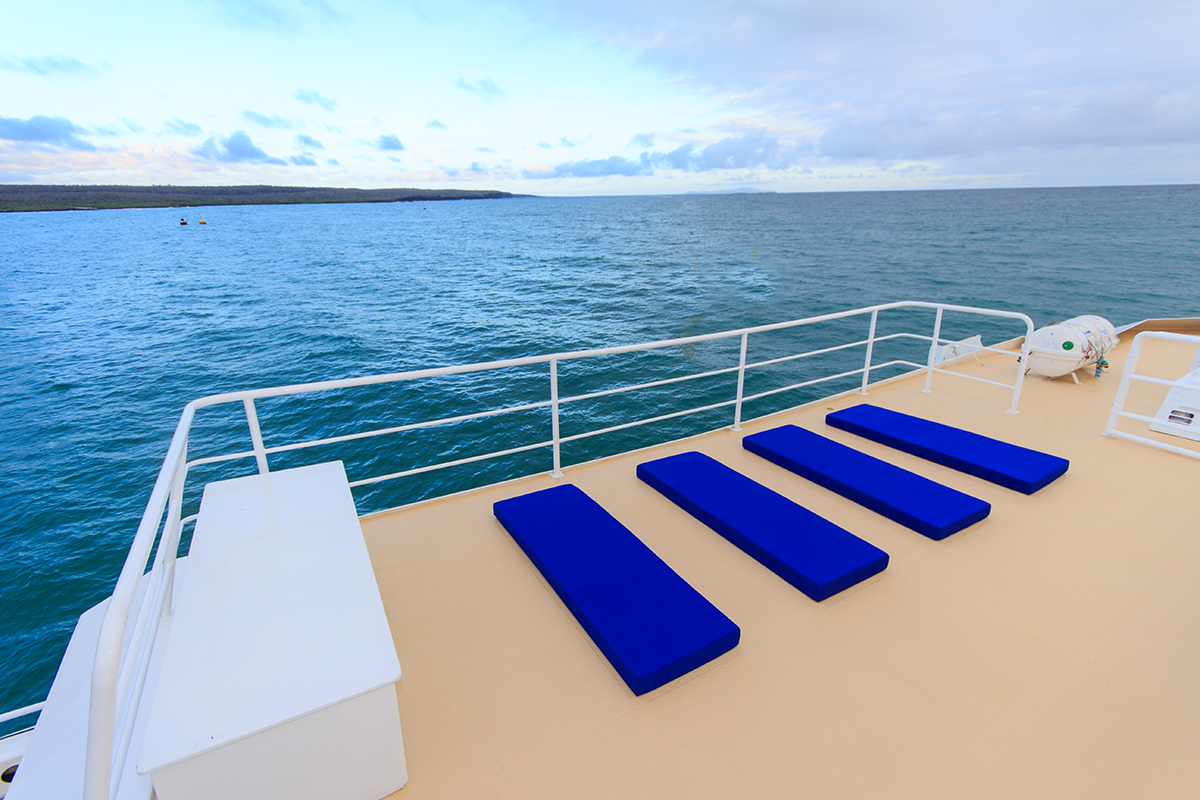 Day 1 (Friday): Arrive at Baltra Airport / Transfer to Isabela Island
Upon arrival at the airport, transfer to Santa Cruz Island to take the 14h00 speed boat departure to Isabela island. Arrive at Puerto Villamil at 16h00 approximately and transfer to the Cachalote I.

Isabela Island (Albemarle): Isabela is the largest of the Galapagos Islands formed by five active volcanoes fused together. Wolf Volcano is the highest point in the entire Galapagos at 1707m.
Punta Moreno: Punta Moreno is located in the central southwestern coast of Isabela Island. The site has spectacular views of volcanoes Alcedo, Sierra Negra and Cerro Azul. Some highlights include impressive lava flows, desolate and pristine landscape, varied and unusual arid zone vegetation.
Elizabeth Bay: This spot is only accessible by dinghy. It is possible to see penguins on the small islets in the bay. The end of the bay is long and narrow surrounded by three species of mangroves. Galapagos Sea Turtles and rays can usually be seen in the water.

Isabela Island (Albemarle)
Urbina Bay: Urbina Bay is located at the central-west coast of Isabela Island at the foothills of Alcedo and Darwin volcanoes. Highlights include the colourful land iguanas, Galapagos Giant tortoises and the coral uplifting from 1954.
Tagus Cove: Tagus Cove is a natural harbor where centuries ago whalers and pirates left their ship’s names painted or carved on the rocks. A walk uphill to Darwin’s Crater salt-water lake will provide an excellent view.

Fernandina Island: Fernandina is the youngest volcanic island and is still active.
Punta Espinoza: Punta Espinoza is a place famous for its large colonies of marine iguanas and as the habitat of unique species like the flightless cormorant, Galapagos penguin, Galapagos hawk, Galapagos snake, among others.

Isabela Island
Punta Vicente Roca: This site is visited by dinghy rides along the cliffs or the partially sunken cave at the water’s edge. Nasca boobies, blue-footed boobies and flightless cormorants inhabit the shoreline.

James (Santiago) Island: This Island is located between Isabela and Santa Cruz Islands. This Island offers a wide variety of seabirds, marine iguanas and fur seals.
Puerto Egas: A walk along the rocky coast line that will you show you a view of some of Galapagos’ best tide pools. Some highlights include: Sugar loaf volcano, fur seals, oystercatchers, marine iguana colony, and old salt mine

Bartolome Island: A hike will take you to the highest point on Bartolome for a spectacular view. Sea lions and penguins can be seen around Pinnacle Rock. There is a sandy beach with great swimming and snorkeling.